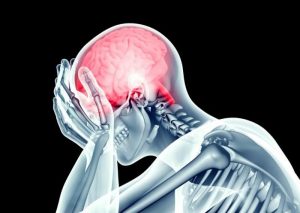 The brain is the most complex organ in the human body. Any disorders may be life-changing or deadly.

Strokes occur due to problems with the blood supply to the brain: either the blood supply is blocked, or a blood vessel within the brain ruptures, causing brain tissue to die. A stroke is a medical emergency, and treatment must be sought as quickly as possible.
Stroke is the 5th leading cause of death in the United States, with one person dying every 4 minutes as a result. For black people, stroke is the 3rd leading cause of death.
Approximately 800,000 people have a stroke each year; about one every 40 seconds. Only heart disease, cancer, chronic lower respiratory diseases, and accidents are more deadly.
There are three main kinds of stroke:
• Ischemic strokes
• Hemorrhagic strokes
• Transient ischemic attacks (TIAs), also referred to as mini-strokes
In this article, we will explain why these types of stroke occur, and how they are treated and diagnosed.
Contents of this article:
1. What is stroke?
2. Causes
3. Symptoms
4. Diagnosis
5. Treatment
6. Rehabilitation
7. Prevention
Fast facts on stroke:
• During a stroke, the brain does not receive enough oxygen or nutrients, causing brain cells to die.
• Ischemic strokes are caused by a narrowing or blocking of arteries to the brain.
• Hemorrhagic strokes are caused by blood vessels in and around the brain bursting or leaking.
• Strokes need to be diagnosed and treated as quickly as possible to minimize brain damage.
• Treatment depends on the type of stroke.
• The most effective way to prevent strokes is through maintaining a healthy lifestyle and treating underlying conditions that are a risk factor.
What is stroke?
Stroke occurs when the supply of blood to the brain is either interrupted or reduced. When this happens, the brain does not get enough oxygen or nutrients, which causes brain cells to die.
There are three main kinds of stroke; ischemic, hemorrhagic, and TIA. This article will focus on ischemic and hemorrhagic strokes, as there is a separate Knowledge Center article for TIAs, which goes into specific detail about them.
In the U.S., approximately 40 percent of stroke deaths are in males, with 60 percent in females. According to the American Heart Association (AHA), compared with white people, black people have nearly twice the risk of a first-ever stroke and a much higher death rate from stroke.
In 2009, stroke was listed as the underlying cause of death in 128,842 persons in the U.S., resulting in an age-adjusted rate of 38.9 deaths per 100,000 population. The rate was almost twice as high among non-Hispanic blacks (73.6 per 100,000), and the rate of premature death from stroke was also higher among non-Hispanic blacks than their white counterparts (25.0 versus 10.2).
Stroke is more likely to affect people if they are overweight, aged 55 or older, have a personal or family history of stroke, do not exercise much, drink heavily, smoke, or use illicit drugs.
What causes stroke?
The different forms of stroke have different specific causes.
Causes of ischemic stroke

Ischemic stroke is the most common form, accounting for around 85 percent of strokes. This type of stroke is caused by blockages or narrowing of the arteries that provide blood to the brain, resulting in ischemia – severely reduced blood flow that damages brain cells.
These blockages are often caused by blood clots, which can form either in the arteries within the brain, or in other blood vessels in the body before being swept through the bloodstream and into narrower arteries within the brain. Fatty deposits within the arteries called plaque can cause clots that result in ischemia.
Causes of hemorrhagic stroke
Hemorrhagic strokes are caused by arteries in the brain either leaking blood or bursting open. The leaked blood puts pressure on brain cells and damages them. It also reduces the blood supply reaching the brain tissue after the hemorrhage point. Blood vessels can burst and spill blood within the brain or near the surface of the brain, sending blood into the space between the brain and the skull.
The ruptures can be caused by conditions such as hypertension, trauma, blood-thinning medications, and aneurysms (weaknesses in blood vessel walls).
Intracerebral hemorrhage is the most common type of hemorrhagic stroke and occurs when brain tissue is flooded with blood after an artery in the brain bursts. Subarachnoid hemorrhage is the second type of hemorrhagic stroke and is less common. In this type of stroke, bleeding occurs in an artery in the subarachnoid space – the area between the brain and the thin tissues that cover it.
Causes of transient ischemic attack (TIA)
TIAs are different from the kinds above because the flow of blood to the brain is only briefly interrupted. TIAs are similar to ischemic strokes in that they are often caused by blood clots or other clots.
TIAs should be regarded as medical emergencies just like the other kinds of stroke, even if the blockage of the artery and symptoms are temporary. They serve as warning signs for future strokes and indicate that there is a partially blocked artery or clot source in the heart.
According to the Centers for Disease Control and Prevention (CDC), over a third of people who experience a TIA go on to have a major stroke within a year if they have not received any treatment. Between 10-15 percent will have a major stroke within 3 months of a TIA.
Symptoms of stroke
Strokes occur quickly, so symptoms often appear suddenly and without warning.
The main symptoms of stroke are:
• Confusion – including trouble with speaking and understanding.
• Headache – possibly with altered consciousness or vomiting.
• Numbness or inability to move parts of the face, arm, or leg – particularly on one side of the body.
• Trouble seeing – in one or both eyes.
• Trouble walking – including dizziness and lack of co-ordination.
Strokes can lead to long-term problems. Depending on how quickly it is diagnosed and treated, the patient can experience temporary or permanent disabilities in the aftermath of a stroke. In addition to the persistence of the problems listed above, patients may also experience the following:
• bladder or bowel control problems
• depression
• pain in the hands and feet that gets worse with movement and temperature changes
• paralysis or weakness on one or both sides of the body
• trouble controlling or expressing emotions
Symptoms vary among patients and may range in severity.
The acronym F.A.S.T. is a way to remember the signs of stroke, and can help identify the onset of stroke more quickly:
• Face drooping – if the person tries to smile does one side of the face droop?
• Arm weakness – if the person tries to raise both their arms does one arm drift downward?
• Speech difficulty – if the person tries to repeat a simple phrase is their speech slurred or strange?
• Time to call 911 – if any of these signs are observed, contact the emergency services.
The faster a person with suspected stroke receives medical attention, the better their prognosis and the less likely they will be to experience lasting damage or death.
How is a stroke diagnosed?

Smoking is a significant risk factor in strokes.
The measures below can help reduce the risk of having a TIA, stroke, or a recurrent TIA:
• Giving up smoking reduces the risk of stroke, TIA, and many other conditions.
• Following a well-balanced diet, with plenty of fruit and vegetables, whole grains, fish, poultry, and very lean meat. Avoiding all junk foods and foods with bad fats, such as saturated and trans fats, may also be helpful.
• Reducing salt (sodium) intake. Individuals prone to high blood pressure should avoid salty foods and not add salt to cooking.
• Exercising moderately for at least 30 minutes five times a week. However, people should check with their doctor before they begin an exercise program.
• Reducing the amount of alcohol consumed. Either don’t drink alcohol at all, or stay within the daily recommended limits.
• Losing weight and bringing body weight down to normal levels will decrease risk.
• Taking illegal drugs, such as cocaine, significantly raises the risk of stroke and TIA.
• Controlling diabetes through proper medication and sticking to treatment plans greatly reduces the risk of stroke and TIA.
• Getting at least 7 hours good quality, continuous sleep every day.