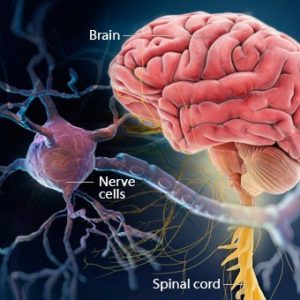 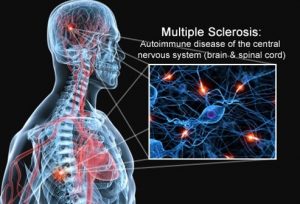 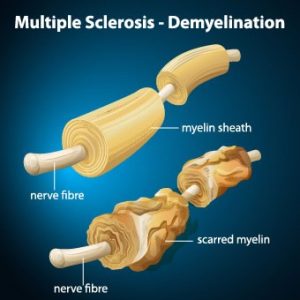 Overview
Multiple sclerosis (MS) is a condition which can affect the brain and/or spinal cord, causing a wide range of potential symptoms, including problems with vision, arm or leg movement, sensation or balance.
It’s a lifelong condition that can sometimes cause serious disability, although it can occasionally be mild. In many cases, it’s possible to treat symptoms. Average life expectancy is slightly reduced for people with MS.
It’s estimated that there are more than 100,000 people diagnosed with MS in the UK.
It’s most commonly diagnosed in people in their 20s and 30s, although it can develop at any age. It’s about two to three times more common in women than men.
Symptoms of MS
The symptoms of MS vary widely from person to person and can affect any part of the body.
The main symptoms include:
• fatigue
• difficulty walking
• vision problems, such as blurred vision
• problems controlling the bladder
• numbness or tingling in different parts of the body
• muscle stiffness and spasms
• problems with balance and co-ordination
• problems with thinking, learning and planning
Depending on the type of MS you have, your symptoms may come and go in phases, or get steadily worse over time (progress).
Read more about the symptoms of MS.
Getting medical advice
See your GP if you’re worried you might have early signs of MS.
The early symptoms often have many other causes, so they’re not necessarily a sign of MS. Let your GP know about the specific pattern of symptoms you’re experiencing.
If you GP thinks you could have MS, you’ll be referred to a neurologist (a specialist in conditions of the nervous system), who may suggest tests such as a magnetic resonance imaging (MRI) scan to check for features of MS.
Read more about diagnosing MS.
Types of MS
MS starts in one of two general ways: with individual relapses (attacks or exacerbations) or with gradual progression.
Relapsing-remitting MS
More than 8 out of every 10 people with MS are diagnosed with the “relapsing remitting” type.
Someone with relapsing remitting MS will have episodes of new or worsening symptoms, known as “relapses”. These typically worsen over a few days, last for days to weeks to months, then slowly improve over a similar time period.
Relapses often occur without warning, but are sometimes associated with a period of illness or stress.
The symptoms of a relapse may disappear altogether, with or without treatment, although some symptoms often persist, with repeated attacks happening over several years.
Periods between attacks are known as periods of “remission”. These can last for years at a time.
After many years (usually decades), many, but not all people, with relapsing remitting MS go on to develop secondary progressive MS. In this type of MS, symptoms gradually worsen over time without obvious attacks. Some people continue to have infrequent relapses during this stage.
Around half of people with relapsing remitting MS will develop secondary progressive MS within 15-20 years, and the risk of this happening increases the longer you have the condition.
Primary progressive MS
Just over 1 in 10 people with the condition start their MS with a gradual worsening of symptoms.
In primary progressive MS, symptoms gradually worsen and accumulate over several years, and there are no periods of remission, though people often have periods where their condition appears to stabilise.
What causes MS?
MS is an autoimmune condition. This is when something goes wrong with the immune system and it mistakenly attacks a healthy part of the body – in this case, the brain or spinal cord of the nervous system.
In MS, the immune system attacks the layer that surrounds and protects the nerves, called the myelin sheath. This damages and scars the sheath, and potentially the underlying nerves, meaning that messages travelling along the nerves become slowed or disrupted.
Exactly what causes the immune system to act in this way is unclear, but most experts think a combination of genetic and environmental factors is involved.
Read more about the causes of MS.
Treatments for MS
There’s currently no cure for MS, but a number of treatments can help control the condition.
The treatment you need will depend on the specific symptoms and difficulties you have. It may include:
• treating relapses with short courses of steroid medication to speed up recovery
• specific treatments for individual MS symptoms
• treatment to reduce the number of relapses with medicines called disease-modifying therapies
Disease-modifying therapies may also help to slow or reduce the overall worsening of disability of MS in people with relapsing remitting MS, and in people with secondary progressive MS who are still having relapses.
Unfortunately, there’s currently no treatment that can slow the progress of primary progressive MS or secondary progressive MS in the absence of relapses. Many therapies aiming to treat progressive MS are currently being researched.
Outlook
MS can be a challenging condition to live with, but new treatments over the past 20 years have considerably improved the quality of life of people with the condition.
MS itself is rarely fatal, but complications may arise from severe MS, such as chest or bladder infections, or swallowing difficulties.
The average life expectancy for people with MS is around 5 to 10 years lower than average, and this gap appears to be getting smaller all the time.