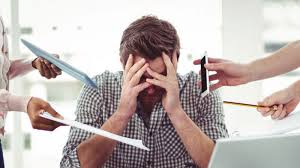 stress and its effects on the memory

The many people when faced with terrible events involved a amnesia. But what is happening in the brain , in dealing with stress ?

In the human body, when dealing with stress, many hormones be released, most important of them is cortisol, many knows it , as “curtain”.

This Hormone is secreted from  two gland, are located on the kidney (adrenal gland).

The human brain is receptors for the cortisol hormone. The many of these receptors are located in the middle of the temporal lobe of the brain. This place is called the hippocampus and is the main position of short-term memory in the brain.

In 1996, a German researcher investigated the short -term memory of many people before and after injection of cortisol.

These people after injection had difficulty to remember the words and , for short time their short-term memory was weak.

To exist gland that producing cortisol in the patients, or long-term treatments with steroid drugs (corticosteroids), also Deep depression made impairment of memory.

In the old people who have high levels of cortisol in the their blood due to chronic stress, the mass of middle of the temporal lobe that responsible of memory is smaller than for old people on average 14% of old people don’t have stress.

Do not forget the power of deep breath

Do not underestimate the good night’s sleep

The good smell is soothing

Laughter is the best medicine

Give some time to simple pleasures